We know we’ve been silent here on the blog for too long, okay? We’ve simply been too busy working on many, many projects to post anything. But we promise we won’t make you wait for another update from the Hexy team so long again! Let’s check out what we’ve been doing over the past few months and what we’re up to in the near future 🙂

After our first professional venture into the RPG world with a set of 5E Instant Encounters (including 3D printable miniatures as STL files) and fulfilling the Orbital campaign to nearly 3000 backers worldwide, the time came to revisit the Star Scrappers universe with Volume 2 of Battledrill – our skirmish wargame in the Print3D’n’Play format. Two completely new factions, new units for the previous four, exactly 20 stretch goals unlocked, and over 70 miniatures available in the game in total – that was quite a ride! Vol. 2 fulfillment has begun, so stay tuned for updates on the KS page. Meanwhile, Star Scrappers: Orbital is now sold out, but will be available in a very limited quantity at the upcoming UK Games Expo event (Birmingham, 3rd-5th June 2022) and has been included on the UKGE Awards shortlist as nominee in the Best Card Game category! 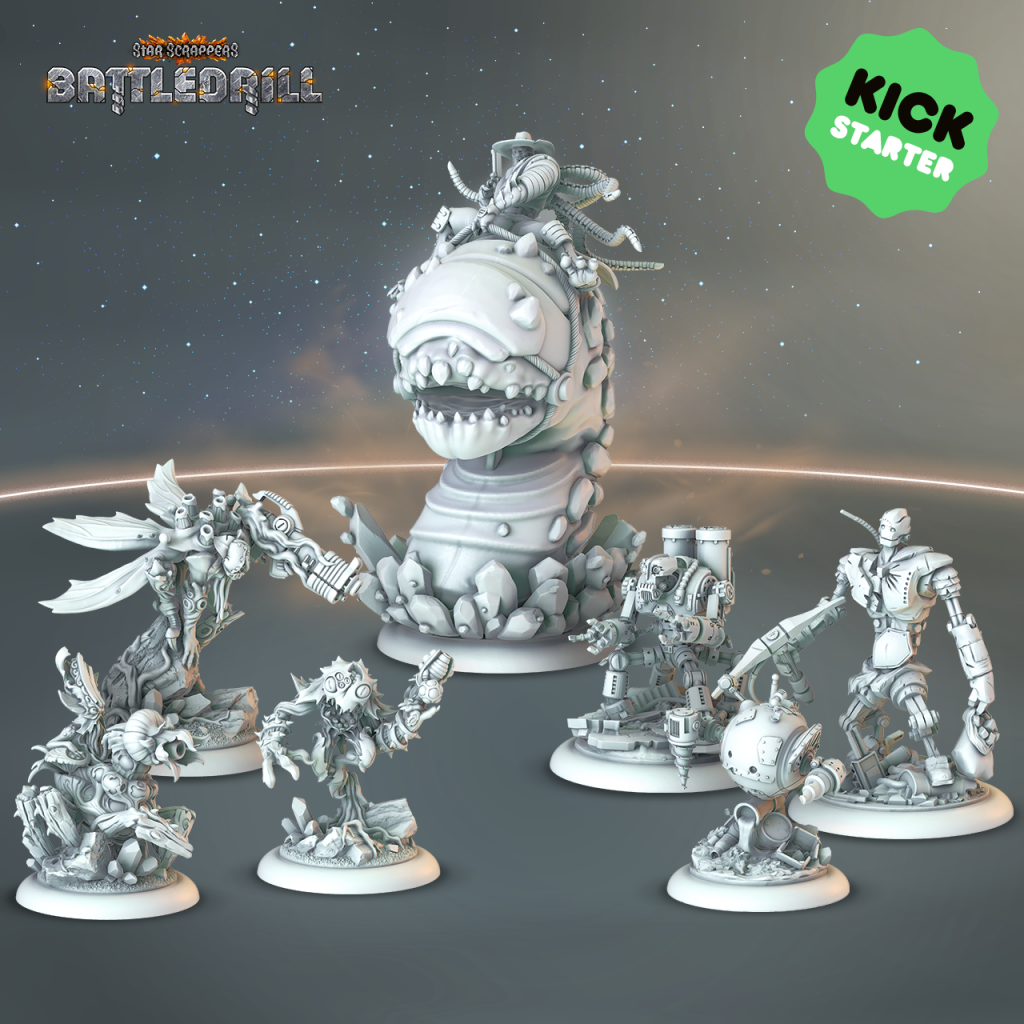 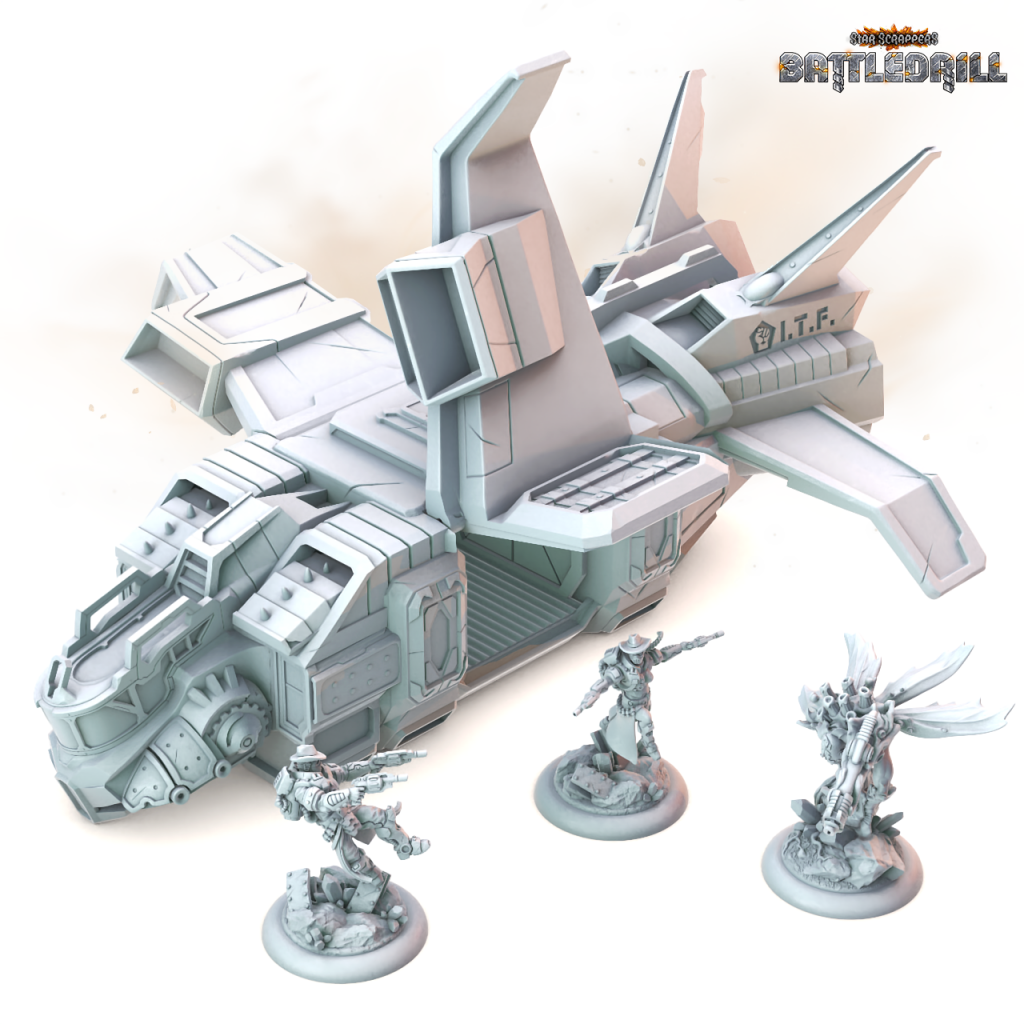 After two digital-only Kickstarter projects, it’s also time for us to treat you to a new physical board game. Its name is Uluk and it’s going live on Kickstarter this summer! This first ever Eurogame in our offer is set in a magical land where no humans have ever stepped, and the players are the leaders of its hunter-gatherer tribes of sentient animals, collecting food, developing inventions, and erecting monuments in honor of the ancient gods to fulfill their spiritual needs. Check out the game’s website and subscribe to get notified on launch. Follow the project’s draft page on KS too! 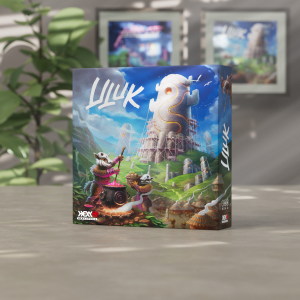 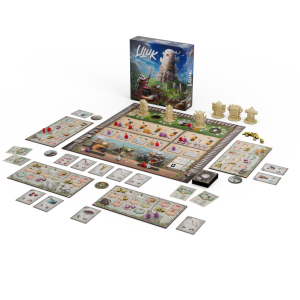 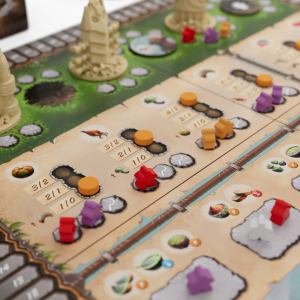 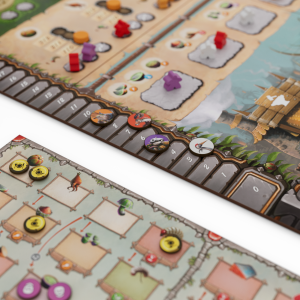 As much as we love designing our own games, you surely know that we also work a lot with other publishers, providing creative and marketing support, especially through game visualizations and trailer videos. Over the past several months, we have been involved in a few projects that you can check out below. Some of them are smash hits from established designers and publishers, some are small game by relative newcomers to the industry, but both of these groups have something in common – great talent and passion of their creators, and our awesome trailer videos 🙂 check out the links below:

But there is one extraordinary project that occupies a special place in our hearts. Board&Dice are our close friends and long-time business partners, with whom we worked many times in the past. Zdzisław Beksiński is one of the most famous and recognizeable Polish painters, whose grim, horrifying works are know all over the world. And now B&D have created a board game inspired by Beksiński’s art! In addition to making the trailer video for the crowdfunding campaign, they have also commissioned us with designing the miniatures. In other words – with turning all these amazing paintings into 3D models! Check out below how we managed to cope with the task, and behold… the Nightmare Cathedral! 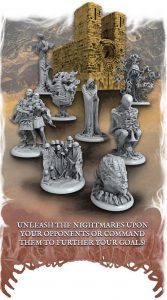